The makeup of the hair

Hair is a filament made mostly from protein (keratin) and is produced in the follicle. These follicles are made up of a papilla, matrix, stem cells and sebaceous gland, all of which are required for hair growth. The thick, long hair found on our heads is called terminal hair, and the fine, short hair on the rest of the body is called vellus hair. Hair contains three layers:

There are three stages in the hair growth cycle. The entire cycle can be as short as one year or as long as seven years, with the average growth cycle being four years. Many factors can interrupt the cycle and force the hair into the Telogen stage (hair shedding); this differs for everyone. It is understood that the protein fgf-5 triggers the hair to change from Anagen to Catagen and then to Telogen. 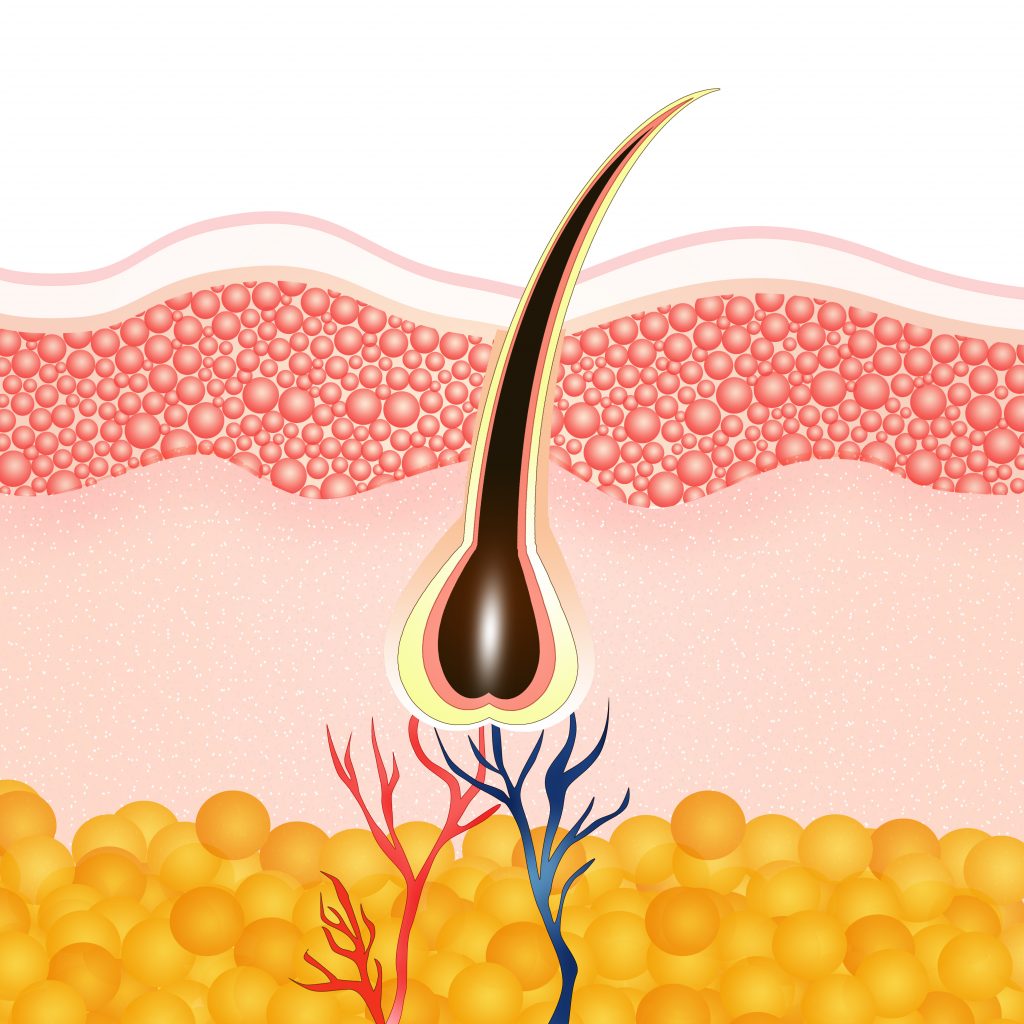 The Telogen Phase or ‘Resting Phase’: Lasts up to 3 months